Blog
You are here: Home / Blog / News / The Effects of Light Pollution on Urban Birds 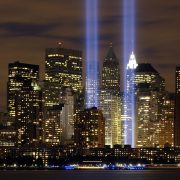 Birds and Smiles with Binoculars in the Amazon
Scroll to top