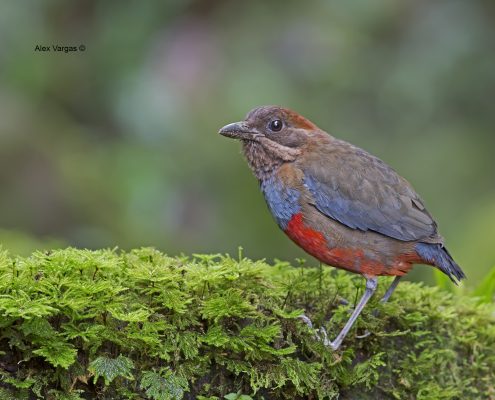 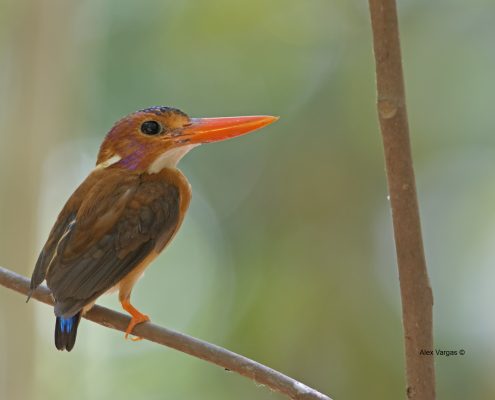 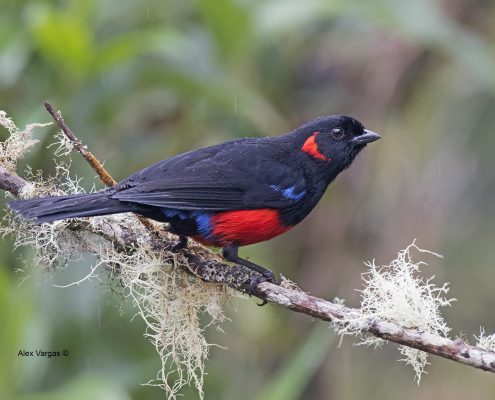 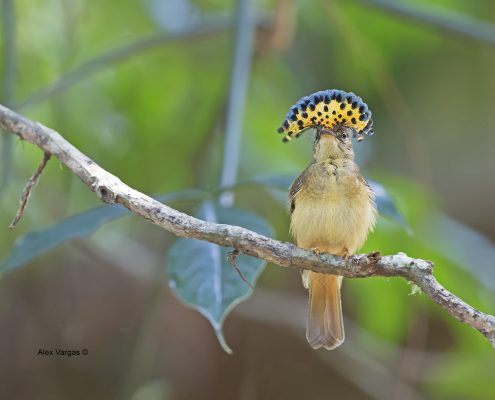 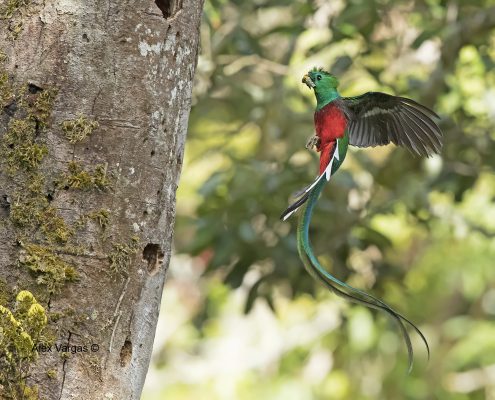 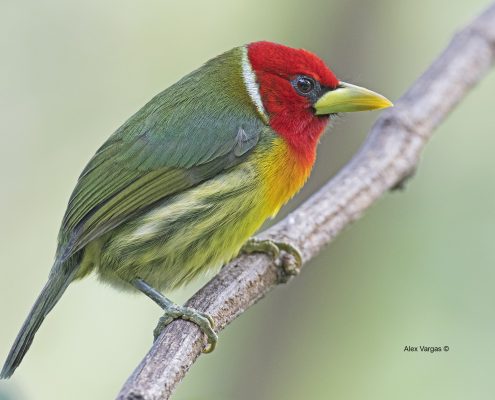 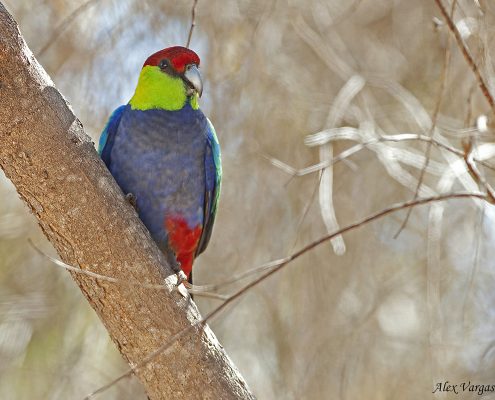 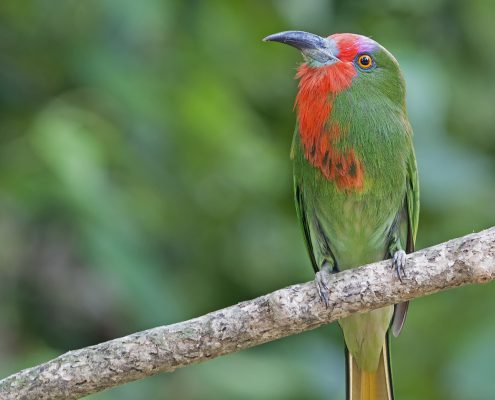 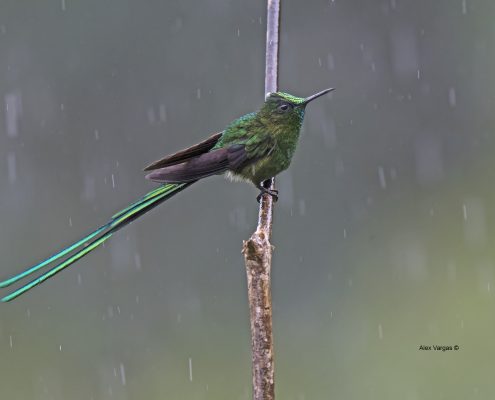 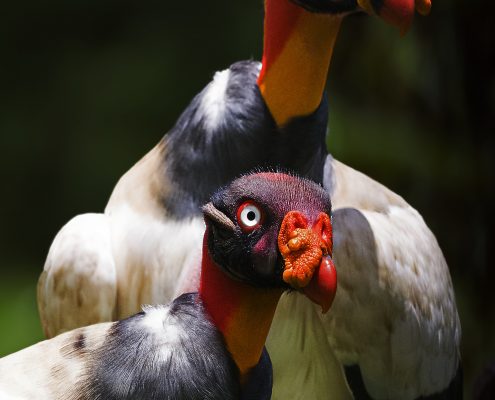 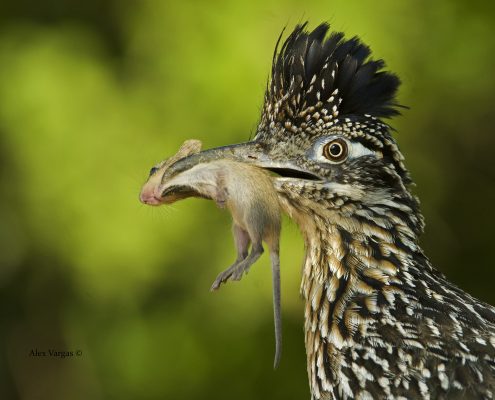 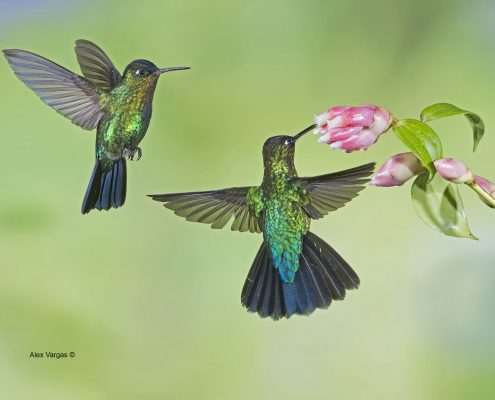 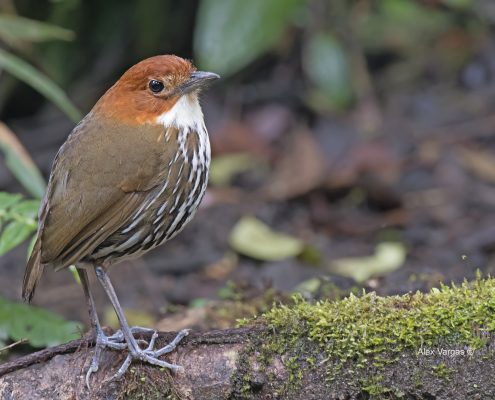 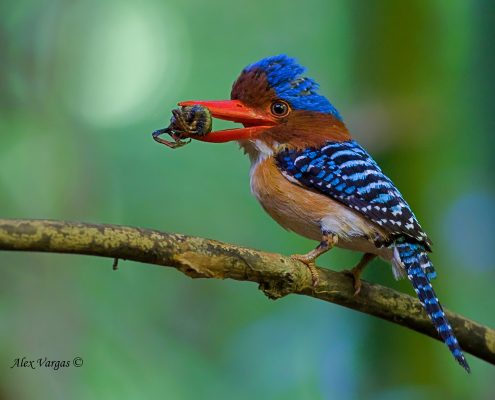 Species, listed from left to right in gallery:

Users of eBird, the citizen biodiversity project, run by the Cornell Lab of Ornithology, have collectively spotted 10,364 species, roughly the entire canon of bird life on the planet. And Alex Vargas? He’s personally tallied 5,138 species on his life list—and counting! For his prolificness and sensational avian photography, Alex is the BirdsEye Birder of the Month for October 2018. 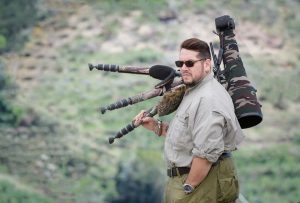 Alex is a native Costa Rican who has been birding for over 30 years, first as a childhood hobby and later as a birdwatching tour guide during his teenage years. Since 2009, he has led dedicated bird photography expeditions around the world. Alex inherited his love of birds from his father and grew up studying birds on his family’s farm in Costa Rica’s Caribbean Lowlands, where he created his first bird feeder at age 12. He nabbed his first naturalist gig shortly after that when the World Wildlife Foundation (WWF) and the Organization for Tropical Studies (OTS) recruited him to work at the La Selva Biological Station in Sarapiquí. At 16, he was certified as a “Naturalist Guide” by WWF and OTS.

Alex started photographing birds when the industry entered the digital era. He carried his scope everywhere as he led birdwatching tours, and he got hooked on photography for good when a friend gave him a small point-and-shoot camera. When he moved to Asia, he found more time to shoot birds and pursued photography more seriously. He was later granted the title of “Pro Photographer” from a private school in Japan.

Alex leads bird photography tours around the world for Bird Photo World, his own agency. He regularly visits Costa Rica, Colombia, Indonesia, Vietnam, Australia, Malaysia, Canada, and the U.S. He previously worked in research and conservation, as well as a Tourism Business Administrator at various times, but has focused on tours and photography since 2009. He currently lives in Indonesia with his family but plans to relocate to the Americas to work on growing his business. In the coming, Alex hopes to expand to Ecuador and Brazil in 2019 and Guyana and Africa in 2020. 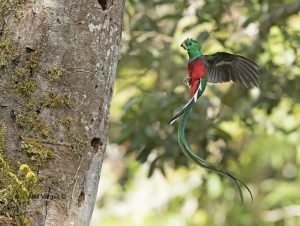 When pressed, Alex admits that the Resplendent Quetzal is his favorite bird: “They are marvelous, enigmatic birds, and I have spent a long time with them; it is even the bird in my company’s logo” he says. He admits, however, that he has too many favorite birds and expressed a fondness for kingfishers, pittas, hummingbirds, Australian parrots, and the various red-billed, multi-colored species found in Asia.

For novice birders, Alex recommends “practice, practice, practice! But have fun while you’re at it”, he says, “especially when you’re young and can travel without roots pinning you down.” He suggests that if you encounter a challenge identifying certain birds, learn to embrace it and keep moving forward. “Think it’s hard to tell flycatchers apart? Gulls are even harder!” he jokes.

As a final point, he emphasizes that birders should seek out the fun in birding and not make it a competition, which can take away the beauty of the activity.

Congratulations to Alex Vargas for being named the BirdsEye Birder of the Month for October 2018. Keep up the great work, Alex!

All images courtesy of Alex Vargas.

BirdsEye is always looking for ways to highlight the people doing exceptional work in the birding community. Do you know a deserving birder worthy of being featured? If so, please email us at info@birdsinthehand.com with your nominations.

Michael Montier: November 2018 Birder of the Month
Scroll to top