How to Maximize Your Christmas Bird Count

You are here: Home / Blog / Bird Finding Tips / How to Maximize Your Christmas Bird Count

In North America, the temperature is dropping, and Thanksgiving is behind us. That can only mean one thing: Christmas Bird Count season is upon us! The annual Christmas Bird Count (CBC), which started in the year 1900, is one of the longest ongoing citizen science projects in the country. It began as a conservation effort to offset the impacts of the now-defunct Christmas “Side Hunt” during which hunters competed in teams to see who could shoot the highest number of animals. Today, CBCs continue to encourage birders from both North and South America to get outside and “hunt” birds. For researchers, the data they collect is useful in determining bird populations, migration patterns, and effects from climate shifts. For the data collectors, CBCs are a fantastic excuse to bird all day long!

If you’re participating in a CBC this year, the BirdsEye app has developed powerful tools that can aid you in your Big Day. Here’s how BirdsEye can help you and your CBC team: 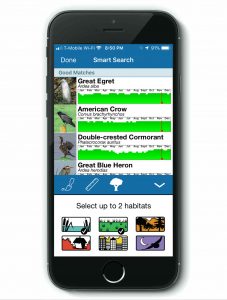 Use the BirdsEye Smart Search feature to discover birds based on color, size, and habitat.

There are a few added bonus capabilities for BirdsEye Members on iOS devices. 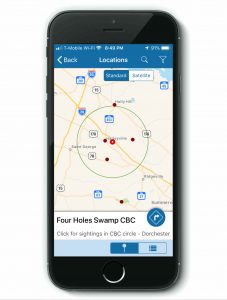 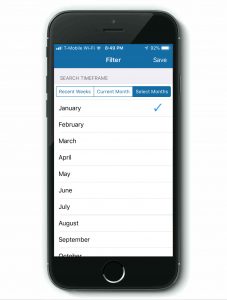 North American iOS users also have the option to narrow nearby sightings to a date range.

Regardless of where you are this CBC season, let BirdsEye help you optimize your experience! From everyone here at BirdsEye, we hope you have an amazing CBC season! Click here to learn more about Christmas Bird Counts and join one near you.

We receive CBC location data from the Audubon. If you notice an issue with a CBC circle on our app, please contact us.